This message was emailed to me a short time ago;


"Here is a photo from a website of my Parent's home at 771 Beach Blvd with some history about it. Dad & Mom bought this house in 1950 after moving from 16 Cottage Grove Ave (Renfrew Ave) since demolished. Not much has changed except Dad enclosed the front and side porch plus the second floor sun porch back in the mid 1950's. In 1975 Dad put on an addition at the south rear side and had a contractor put brick on the first floor all around. You will note there are 5 poplar trees that appear quite young. Hurricane Hazel struck in around 1954 when two of these trees had come to full size. The wind blew one across the QEW. My mother was out getting my brother and sister from swimming at the municipal (Jimmy Thompson) pool when the full brunt of the storm hit."


Just to add, this house belonged to Reg Wheeler who recently pasted away;
http://hamiltonbeachcommunity.com/forum/threads/former-alderman-gridder-reg-wheeler-dies.2047/
Attached Photo;
The Alps, the Dixon Family’s summer home, 771 Beach Boulevard, beside the lake and not too far from the Burlington Bay Canal. Photographed by Jessie Dixon about 1903. (Later, Jessie would never marry and would live in this home year until her death in 1938.) 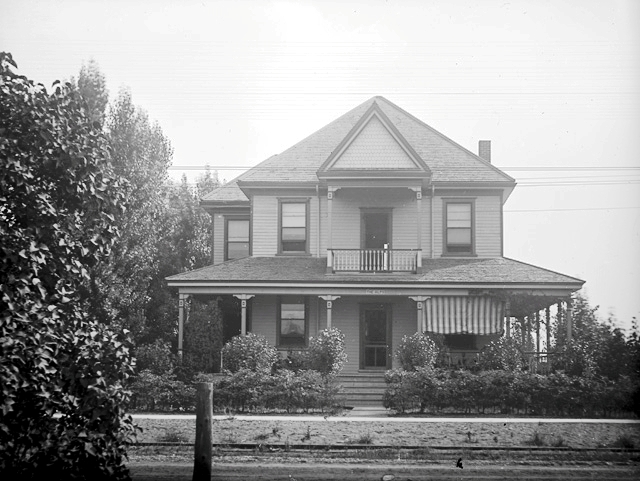