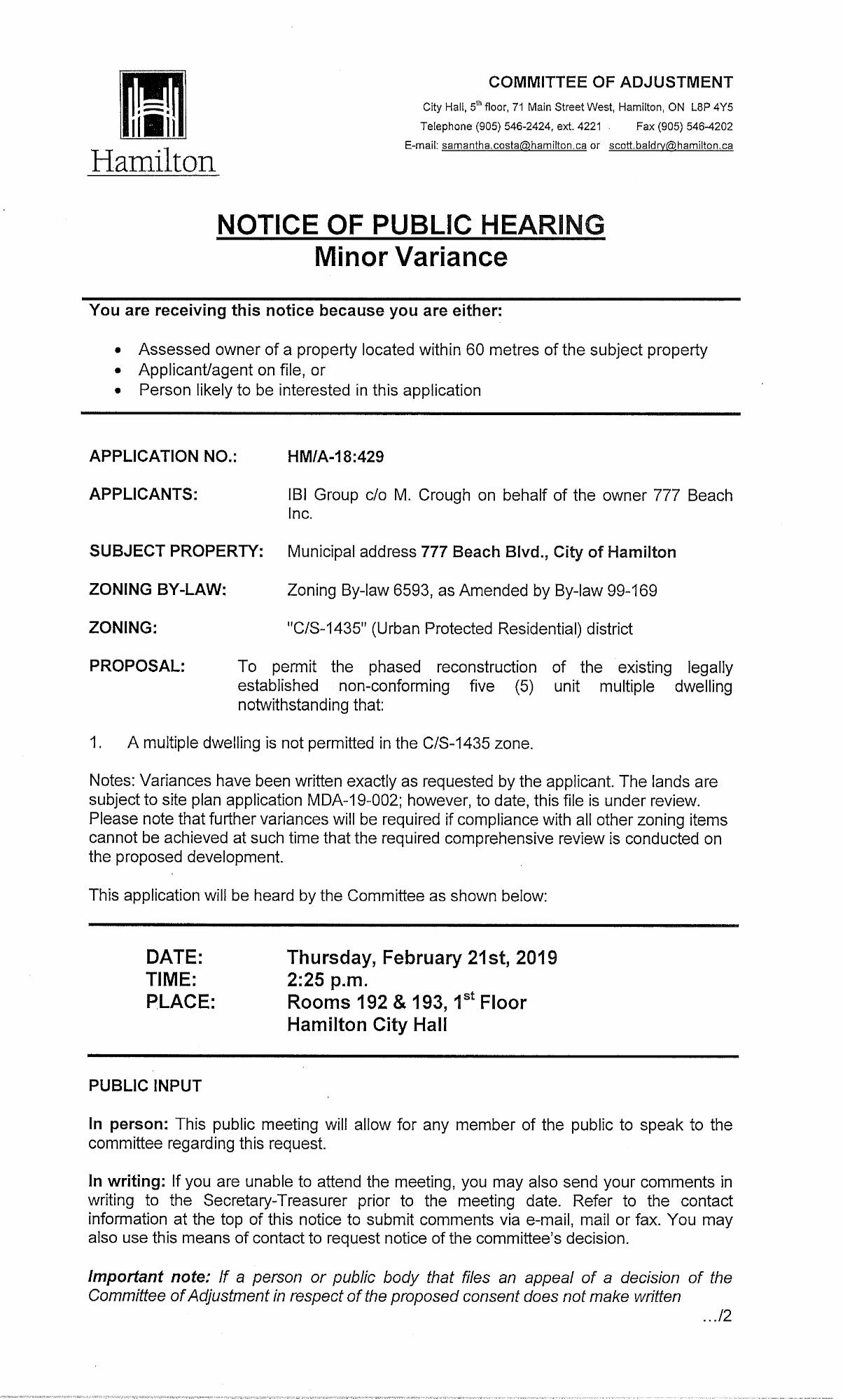 View the rest of the drawings;
https://d3fpllf1m7bbt3.cloudfront.n...committee-of-adjustment-agenda-02-21-2019.pdf

The Site Plan Application for 777 Beach Blvd remains under review as the proposal to remove the existing legal non-conforming two-storey dwelling containing five dwelling units, to be replaced with a new two-storey dwelling containing five dwelling units is not permitted within the Zoning By-law and the legal non-conforming status of the site would be lost with demolition.

The Applicant was scheduled to seek a Minor Variance to allow for the use of a two-storey dwelling containing five dwelling units at last Thursday’s Committee of Adjustment meeting however the Applicant decided to table the application after reviewing my staff report, and to review the comments received during the initial circulation of the Site Plan Application.

I am not sure how the Applicant intends to move forward given the fact that the legal non-conforming status of the property will be lost with demolition.

If you have any further questions or would like to be kept in the loop regarding on developments pertaining to this Application please let me know.