By Matthew Van DongenSpectator Reporter
Thu., Aug. 20, 2020
Neighbours physically carry Brian Campbell and his wheelchair onto Hamilton’s beach any time he wants to play with his young kids this summer.
As a result, soon anyone who uses a wheelchair will be able to roll out onto the popular lakefront stretch of sand on the city’s first accessible “beach mat.”
The roll-up, non-slip wheelchair trail is on order and should get a test-drive on the beach near the Burlington lift bridge later this summer thanks to the advocacy of Campbell, said city parks manager Kara Bunn, who described the beach strip resident as the “catalyst” for the experiment.

I stopped by this morning to have a look at the mat, there was a City worker busy installing the new matt for the day, he told me that it has to be removed and reinstalled each day so that it doesn't go missing as the price for another would be around $7,000. He was quite busy so I didn't bother him further, but there looks to be a bit of a process to put this mat out everyday, first the walkway has to be groomed so that there aren't any bumps along the way and the ends have to be nailed down. Seems to be a lot work, hopefully it gets well used. 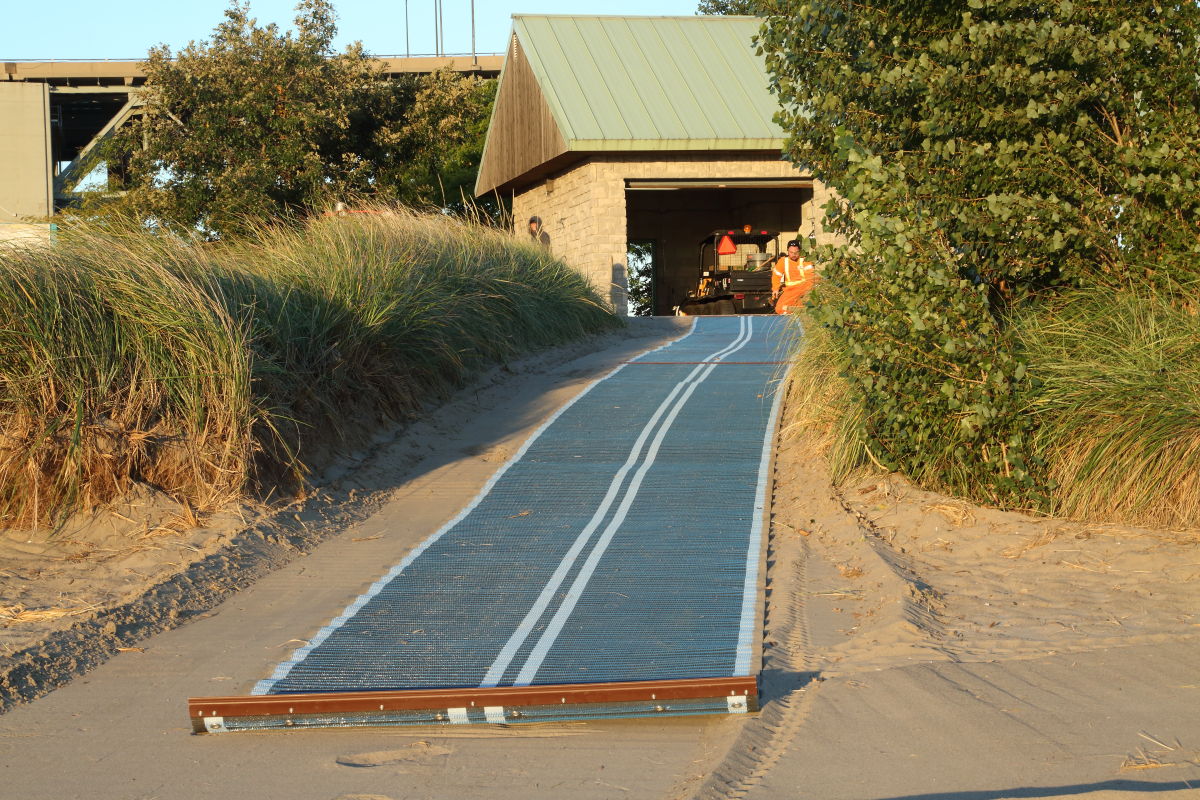