This will sure effect their business. They need to change things.

Steelmaker ArcelorMittal Dofasco misses deadline to upgrade polluting coke plant
But the province says the company cannot use 14 coke ovens until they are brought up to environmental scratch. New deadlines loom this year for a study of additional repairs.
Jan 30, 2020 by Matthew Van Dongen The Hamilton Spectator 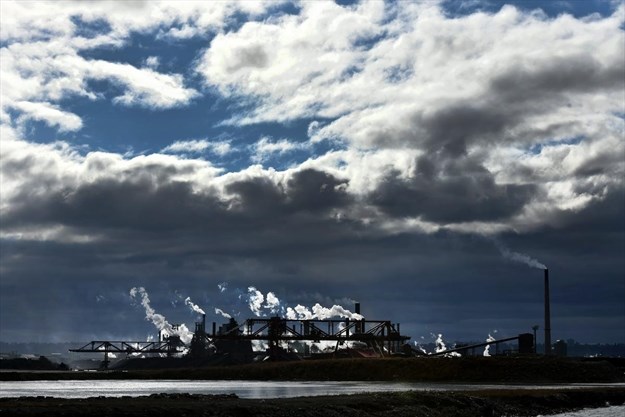 Arcelor Mittal is prohibited from making coke in 16 ovens that are still not up to environmental scratch. - Barry Gray,The Hamilton Spectator


ArcelorMittal Dofasco is not allowed to use 16 coke ovens until the steelmaker completes provincially ordered pollution upgrades that were supposed to be done by the end of last year.
The Ministry of Environment, Conservation and Parks ordered the city's biggest steelmaker to overhaul its aging, smoke-belching coke plants in 2014 — the same year the company was hit with a $390,000 pollution fine.
ArcelorMittal Dofasco initially had until the end of 2018 to do the work as part of an $87-million overhaul of the facility, but the province later extended the deadline by a year over the objections of local residents.


The ordered upgrades are still not done a month after the latest deadline — so the steelmaker is prohibited from making coke in 16 ovens that are still not up to environmental scratch.

"ArcelorMittal Dofasco cannot bring these ovens back into service until the required repairs are completed," said ministry spokesperson Gary Wheeler Wednesday by email.

He said the ovens can be "hot-idled" — meaning the steelmaker can fire the ovens to avoid damage or future pollution problems from letting the bricks go cold — but making coke in them is not allowed.

Spokesperson Marie Verdun said the steelmaker will "respect" the provincial order requirement to keep the ovens idled and has not requested an extension. "We are working to complete the project as quickly as the work allows us too," she said by email.

Wheeler said the company also has to meet a June 2020 order deadline to do a "comprehensive battery audit" on two of its coke plants. By September, the audit results and a "prioritized list" of additional repairs must be delivered to the province.

Environment Hamilton head Lynda Lukasik said she's pleased to hear the province is "sticking to its guns" rather than offering another pollution control deadline extension.

"There was a real concern in the community the last time the province pushed back the deadline because they've dealt with these (air quality) issues for a long time," said Lukasik.

"You start getting cynical. Are they just going to keep getting more time? But in this case it appears (provincial officials) are standing firm."

The ongoing repairs are in the steelmaker's Number 2 coke plant, which includes two 'batteries' with 53 coke ovens in each. Those ovens are used to convert coal into coke, an ingredient used in blast furnaces to make iron.

Verdun said the company is "managing our coke supply" despite the idled ovens.

She said the restoration work in the 1970s-era coke plants stretched past the latest deadline because the steelmaker "identified additional restoration requirements above and beyond what was required" in the provincial order.

"We have taken a responsible approach to address the additional work as opposed to completing only minimum requirements of the original plan and deadline," she said.

Residents have simultaneously welcomed and feared the plant overhaul, with some of the upgrade work temporarily prompting black smoke to spew into the air in 2018.