Fast times and a fat cigar

rodders said:
Howard did win a preliminary race at Oswego in 68 and rookie of the year honors but finished tied for 37th in points so I doubt he made many races . He was the first driver of a rear engine car to win an event at that track . Overall , I believe the various rear engine , mid engine , and 4 wheel drive creations just weren't consistent at that time . Meanwhile Gary Witter in the 19 was having a lot of success in the more traditional style roadster , finishing 5th in points for 1967 and 3rd in 1968 .

Terry Jolliffe
Click to expand...
Thanks for the history Terry, Jimmy's daughter told that after winning the Rookie of the Year honours, he seen the writing on the wall and retired. She believes that he sold the car to Andy Brown.

rodders said:
I didn't know about the possible "Animal" Andy Brown deal .....if that was the case , he didn't do well in points after than . Other notables , Nolan Swift , Jimmy Shampine , Johnny Spencer , Geof Bodine , Todd Gibson etc , tried the rear design without a lot success . Meanwhile , Canadian drivers like Jack Greedy , Kenny Andrews , Norm Macereth , Warren Coniam , Spencer , John Clapham were doing very well in the late 60's .
Click to expand...
Thanks again Terry, one question for you which is slightly off topic, would this be Andy Brown on the right in this picture?

To answer my own question, I found a picture of Andy Brown with Walt Riley's car, to me it doesn't look like the same person in the photo.

I was going to say no , as well . Brown was a goalie for the Pittsburg Penguins back then , as well as a driver . His pic might be in Penguin archives .
Likes: scotto

A couple of new residents (Terri & Chris) purchased Jimmy's old house and instead of demolishing it and starting over, they gave it a new life. The house was lifted and foundations and a basement were added.

To remember Jimmy, Terri and Chris have hired a gifted painter (Jim) to add a beautiful mural depicting Jimmy and the Beach. If you have time please stop by 147 Beach Blvd to have a look for yourself. The mural is easily seen from the Trail. Thanks to Jake Townsend and Jimmy's daughter Sue for their assistance in creating the final draft of the mural. And a big thank you for a tremendous job by the artist Jim Chambers.
Just to add, the City has agreed to name the park where the basket ball courts are after Jimmy. The park is now named Skyway Park, but sign is just being reused from other parks that were also dedicated to other remarkable residents of the Beach.
Starting July 14th,

When Terri Laan and Chris Farner bought the creaky home in Hamilton’s beach community, they had no idea it had belonged to cigar-chomping stock car racing icon Jimmy Howard. Now they’ve made sure all who pass will know the legend
July 20th 2018 by Jon Wells The Hamilton Spectator

In the 1950s Jimmy Howard raced around dirt ovals in a car he built with his own hands, a cigar clenched in his teeth and head out the window, squinting through dust clouds to the checkered flag.

He was known by many names: Gentleman Jim, The Professor, The People's Choice, or just No. 38. And he lived in a little house on the oversized sandbar in the shadow of the Skyway: Hamilton's beach strip.

A couple from Oakville knew nothing of the stock car racing icon when they bought the creaky old cottage at 147 Beach Blvd., and planned to tear it down and build a big home.

They did wonder what the story was behind the garage in the front yard, this bunker on concrete blocks, crammed inside with tools, a milling machine and lathe, and screws and bolts and washers and O-rings packed in empty oil cans and cigar boxes altered to resemble drawers.

"And then neighbours started coming over to tell us the story of the amazing Jimmy Howard," says Terri Laan. "Some even asked if they could take a scrap of memorabilia from the garage."

Laan's husband, Chris Farner, a native of western New York, stood in the garage — Jimmy's workshop — marvelling at the homemade gadgets, including automated blinds opened by an old antenna motor.

He felt the magic.

They decided to restore the house but keep the legend alive.

They removed all windows from a stuccoed west wall of the house and hired a local commercial artist to paint a mural.

Jim Chambers paints on canvases ranging from living room walls to vans and motorcycles, and his father was a big Jimmy Howard fan.

Inspired by old pictures and scrap book articles supplied by Sue Scobie, Jimmy Howard's daughter, and also beach lifer Jake Townsend — who used to watch Jimmy fix cars back in the day — the artist created a montage of Jimmy and other symbols of the beach strip: Hutch's, Dynes Tavern, even the little duck pond Jimmy built in his side yard.

He put the final touches on the mural on the weekend. People biking and walking and in-line skating behind the house on the Waterfront Trail stop to ask about it. Laan says they'd like to put a plaque up to tell the tale.

She lived in Oakville and Toronto for years but was born in Hamilton, although not delivered on a kitchen table like Jimmy was on Dec. 15, 1920.

She grew up in the east end and attended Delta Secondary School. Her mother, Daisy Watson, worked for Dominion Glass, her stepfather was a pool shark she barely knew.

Her grandfather used to warn her to avoid the beach strip, a place that once had a vaguely sinister reputation. And now it's home, the friendliest place she could imagine.

"Living in Oakville 22 years, the only thing my neighbour ever said to me was 'Hey.'"

"That's the way it is on the beach," chimes Jake Townsend. "Hospitality is No. 1 down here."

Laan, who owns an IT company, and Farner, a developer, have already carved a legacy on the beach: they own about a half dozen properties there.

When Jimmy Howard's house came up for sale they heard a developer planned to buy it and build townhouses.

While they had never heard of the stock car racer, they didn't want townhouses there. So Farner bought the weathered place for $450,000.

"We would have paid more, that's how badly Chris wanted the house," she says.

While completely renovated, the dimensions of the little 930-square-foot house remain the same.

"The people on the beach are real," says Farner. "You don't have to guess what they're thinking; I love that."

It's a slick redesign inside. A loft replaced Jimmy's dusty attic, and a ceiling-to-floor window offers a view of the Waterfront Trail that is about five paces away, and beyond it, the vastness of Lake Ontario.

One thing they had to do was raise the old structure to remove a cement mixer Jimmy had kept in the basement.

"Jimmy had been secretly digging sand from under the basement to make concrete to build his workshop," says Laan.

As for that shop in the front yard, it will remain, a monument to a self-taught mechanical savant and pint-sized firecracker who won the CNE's most popular driver three years in a row.

Jimmy would like that. He might appreciate it even more than plans the city has to rename Skyway Park across the street after him.

And he would like the mural, too. Wouldn't he?

"He'd think everyone had gone bonkers," says his daughter Sue, who also lives on the beach.

He was named to the Canadian Motorsport Hall of Fame in 1994 but inexplicably not Hamilton's Sports Hall of Fame, an omission that neither surprised nor bothered him.

Over the years all he wanted was to tool around in his shop, repeatedly reigniting a cigar clamped in his teeth, until his wife, Annette, rang a school bell he had hooked up from the house to signal dinnertime over the din of his machines.

(Farner vows to resurrect the bell.)

When Jimmy was in his 90s, Sue urged him to stop working but he always made sure there was a new job on his to-do list.

In his 94th year, Jimmy's eyesight was fading fast. Sue feared for his safety. One day he fell in his shop, cutting his leg.

He bounced back fine, and remained in good health. He had always watched his salt, ate lots of vegetables, and drank good whisky every day at happy hour.

But it was time to leave the beach. He moved briefly into a nursing home, where he entertained staffers and insisted on helping with fix-up jobs.

That summer, July 2015, he told his daughter something he never had before.

Jimmy had always run his own race, and could fix any machine.

He died a couple of days later.

The sign at the Beach park just as you come on the Blvd. at the south end has been changed from Skyway Park to Jimmy Howard Park. A dedication with friends and family will hopefully take place in the near future and 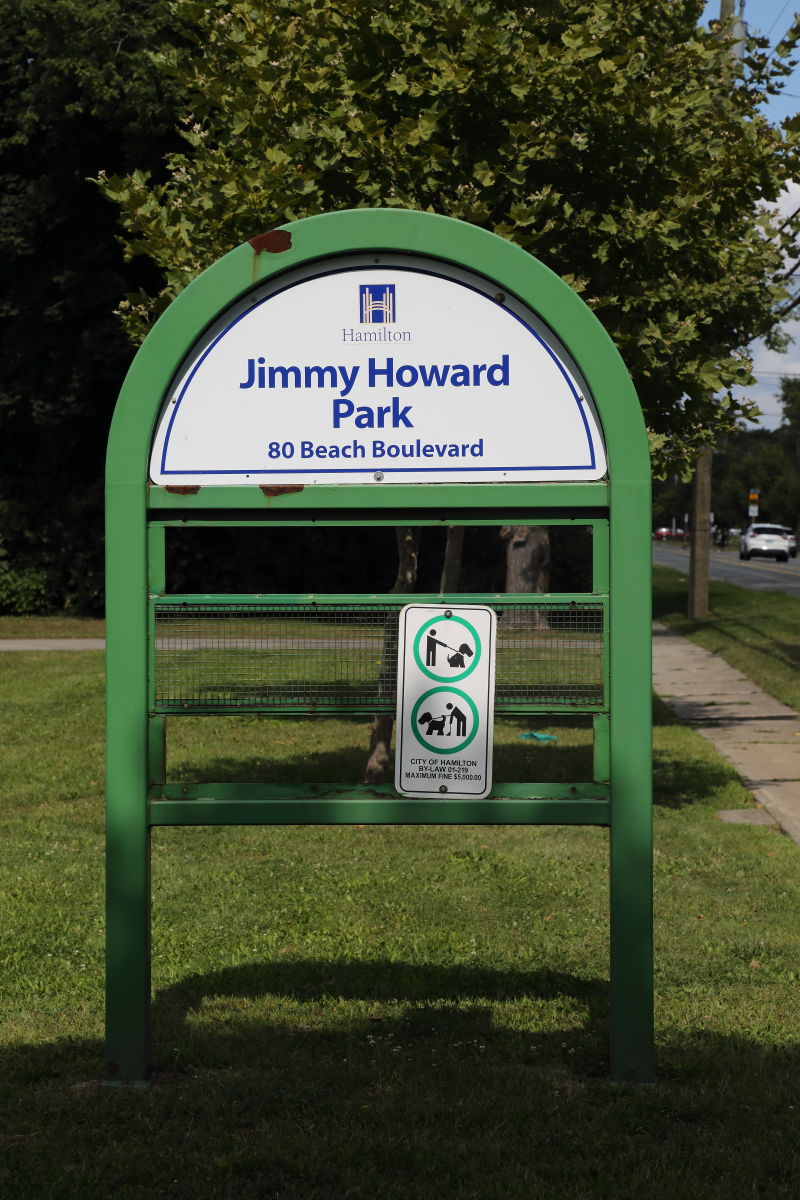 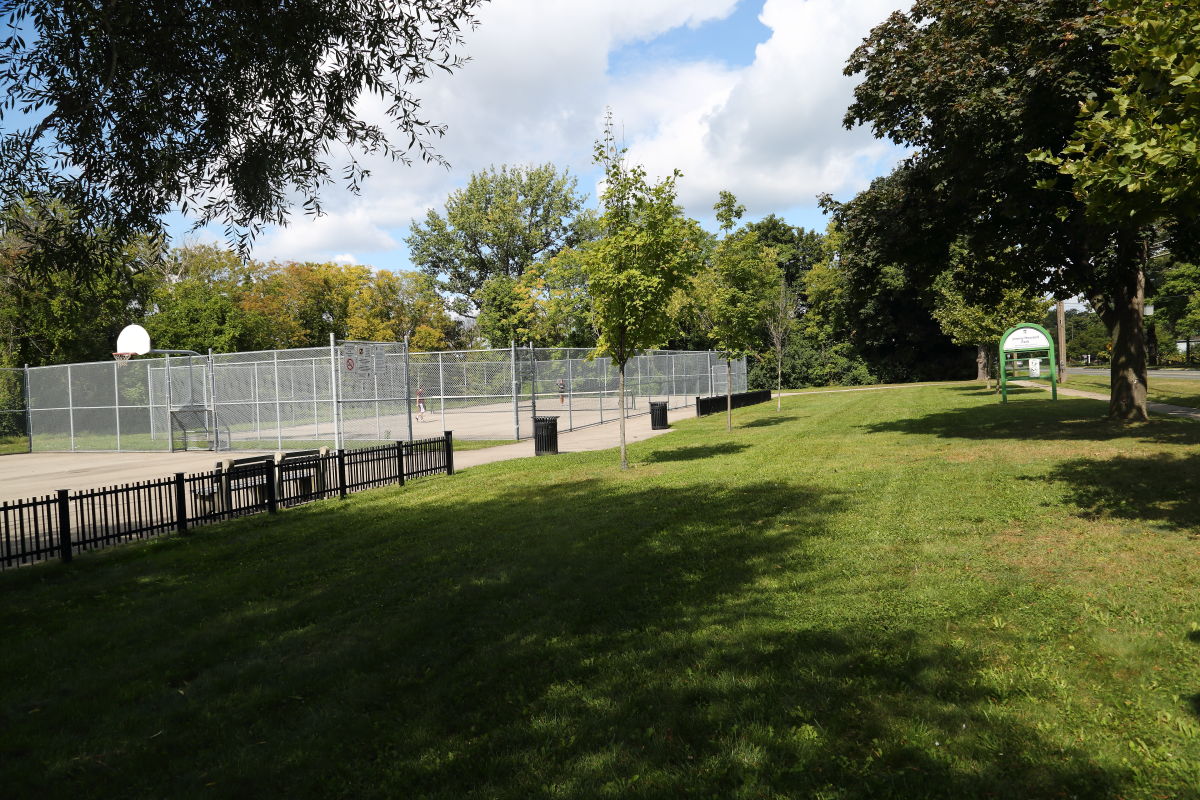