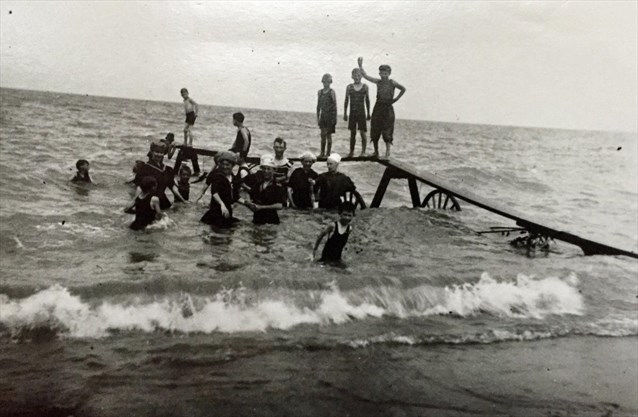 A group of swimmers – not a bikini or Speedo among them – enjoying a wheel-out diving board at Hamilton Beach in 1915. - Local History & Archives, Hamilton Public Library 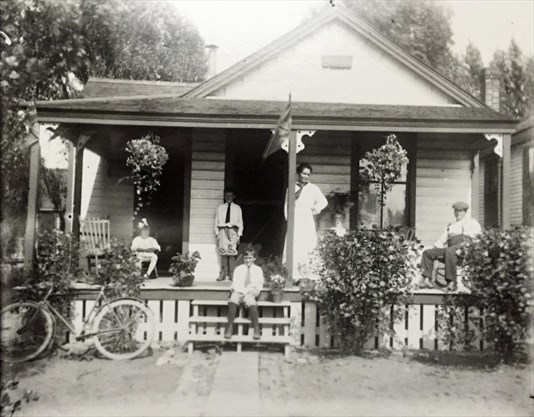 The Cummers had a cottage called Acacia on the Beach Strip. It stood near where the go-cart track is today. - Local History & Archives, Hamilton Public Library 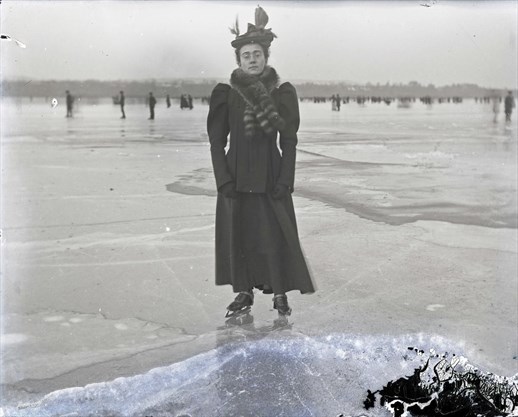 
It sure is handy to just reach into your pocket, pull out your phone and snap a picture. No film, no fuss.
But a hundred years from now, what will have become of that image of your pretty town or precious two-year-old?
A long time ago, Hamilton's Albert Cummer took photographs a different way. And his pictures that capture the scenery, styles, people, pleasures of another time are still around.

There are 348 of them, and they recently arrived at the downtown library in one heavy two-drawer metal cabinet. The pictures were shot in these parts between 1890 and 1925.

It was before film, and Cummer captured his images on thin four-by-five-inch plates of glass. One at a time, he would place these coated-glass negatives into the camera.
There would be a bellows on the camera, and perhaps a hood which Cummer could duck under while composing and focusing his shot.
And as long as these glass negatives didn't get broken, the quality of the pictures etched upon them remained high. Maybe Cummer had a sense that his work would last for generations, because he took the time to label his images.
The Cummers had a cottage on the Beach Strip called Acacia, not far from where the go-cart track is today. There's a front-porch family photo.


Another picture shows a sailboat moving past the canal lighthouse. Cars hadn't yet come to town, so no eight-lane Skyway to cast a shadow on our limestone harbour light.

Cummer was a member of the Hamilton Camera Club, and it's clear he was out to record a slice of Hamilton life.
Rest of article
https://www.wellandtribune.ca/opini...hygx0imszmjpp2nl7urlwkqbp2widukguy-4c4t1gly4a
Last edited by a moderator: Mar 12, 2019
Likes: scotto and Opie
You must log in or register to reply here.
Share: Facebook Twitter Google+ Reddit Pinterest Tumblr WhatsApp Email Link
Top Bottom