Strong winds expected to cause waves as high as 2.5 metres
News 11:52 AM The Hamilton Spectator 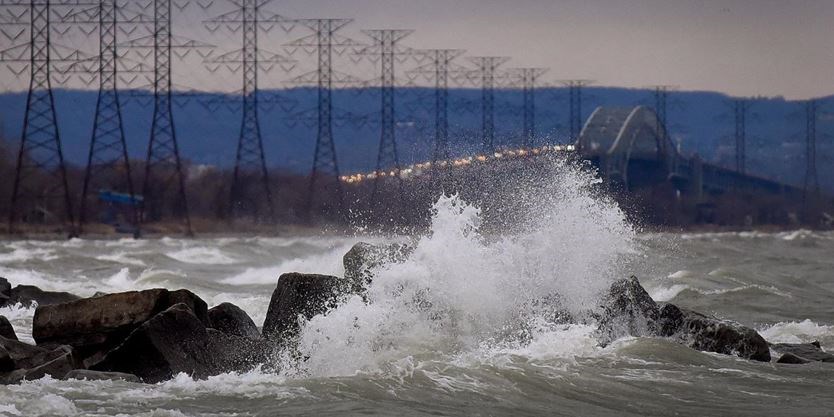 Hamilton residents who live alone Lake Ontario are urged to monitor the situation closely. The public should be cautious near the lakefront with high water levels and waves causing erosion, flooding and safety hazards.
As of late Sunday morning Lake Ontario's water level is approximately 75 m, which is about 40 cm above average for this time of year.
The conservation authority's flooding hazard level is 78.5 m, including a lake level of 76m where there are 2.5 m of waves.
HCA says the flood will remain in effect until at Wednesday.
Likes: Opie
You must log in or register to reply here.
Share: Facebook Twitter Google+ Reddit Pinterest Tumblr WhatsApp Email Link
Top Bottom