Commuters in Hamilton will likely need to budget more time for their commute Thursday (Oct. 17) morning.


A Reddit post shared by u/AScullionsDiary says an Extinction Rebellion Hamilton protest is planned for 7:30 a.m. to 4 p.m. when the climate action group will be blocking lanes in front of the Burlington Canal lift bridge.

The plan seems to be to hold up traffic throughout the day or until protestors are arrested.
On the Extinction Rebellion Hamilton website, there is an event titled #Bridgeout Action scheduled for Oct. 17 but specific details about time and place weren’t listed.
“Why #BridgeOut? Because the government is not acting fast enough to keep us from falling. Why block bridges? Because the government won’t listen until we disrupt business as usual. We don’t want to blame or shame motorists. We’re all part of the same broken system. We apologize for causing inconvenience,” Extinction Rebellion says on their website about the Bridge Out action planned for Thursday morning.
“Humanity is still racing towards societal breakdown and catastrophe. If your commute is delayed: take the time to pause (we implore you) -and reflect on what we stand to lose. If you are outraged: you are in good company. We are all in this together.”
Inthehammer reached out to Extinction Rebellion Hamilton to confirm whether or not the protest was taking place at the Burlington Canal lift bridge, but they had not responded by the time of publication.
Redditors are in a tizzy over the proposed protest, saying that “Protesting climate inaction by making traffic worse is like protesting obesity with a hot dog eating contest,” one user wrote.
“If they block the bridge, cars are going to idle unnecessarily. It’s a stupid protest. Also, I bet 90% of the protestors take their cars there,” wrote another.
Read whole article;
https://www.inthehammer.com/hamilto...KATCpq0WrGUOemHWO97PNxXphvhPuPvnXGWCLDbNvz-Fg 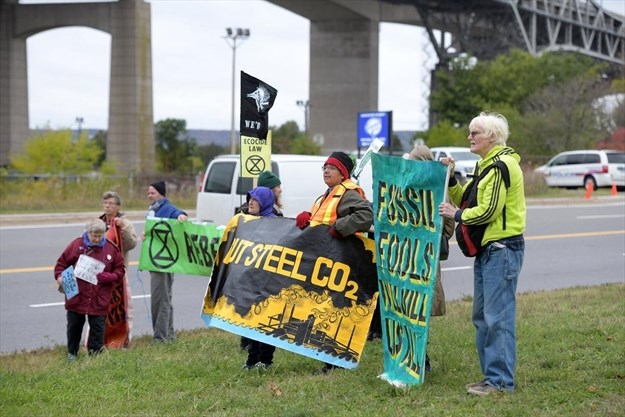 Climate change protesters block traffic on the west side of the Burlington Canal Lift Bridge on Thursday morning. - Cathie Coward , The Hamilton Spectator 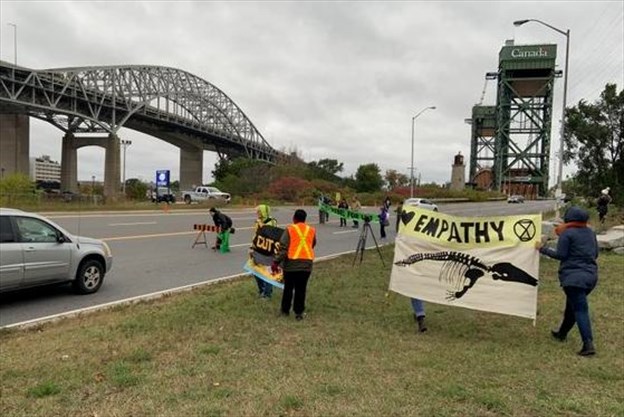 Protesters from a group calling themselves “”Extinction Rebellion Hamilton” prepare to occupy and close the Burlington Canal Lift Bridge to draw attention to the climate crisis on Thursday morning. - Nicole O’Reilly , Hamilton Spectator

A local contingent of environmental protesters stopped traffic on the Burlington Canal Lift Bridge Thursday morning, calling for immediate, meaningful action on the climate crisis.
Carrying banners and signs, the peaceful protesters started intermittently blocking traffic at the southern foot of the bridge on Eastport Drive a little after 8:30 a.m. and continued throughout the morning.