I found it particularly interesting because the map and "census" so to speak match up fairly well. Gives you a great view of who was there at the time. It also puts the people in a community light because you see the fishermen, blacksmith, hotel keepers (from one end to the other) points out the squatters banding together to be fairly self sufficient out on no man's land. They weren't thrown out because they provided services on the beach for travelers. The King's Head was gone and accommodations were required. People had to eat so fishermen were necessary. It was gov't land but they needed the people so they squatted and no one threw them out. It was a mutually beneficial partnership.

Great find Peggy, I am surprised we never ran across this before.
D


To Robert Chisholm Esquire.
Chairman of Finance Committee
Corporation of the City of Hamilton.”

David O'Reilly said:
Scott,
I thought that the natural outlet formed the boundary between Wentworth County and Halton County. Was there a change in county boundaries at some point?
________________________________________
Click to expand...
Burlington was awarded all land north of the canal by the Ontario Municipal Board in May of 1964 and the decision became official in January 1965.

Just came across this map at Hamilton Public Library dated September 5th, 1892 showing the Burlington side of the Beach, notice the fort near the canal.

This map was sent in by member David and what is interesting is that there is a power house listed at the south end of the Beach but the ones near Brant's Pond or on Guies St in Hamilton are not listed. This map is actually much bigger and I have only copied a small section of it.
Thanks to the Toronto Public Library.

Another from my files, sorry I don't recall the source. Roy Woodhouse is listed as the author. 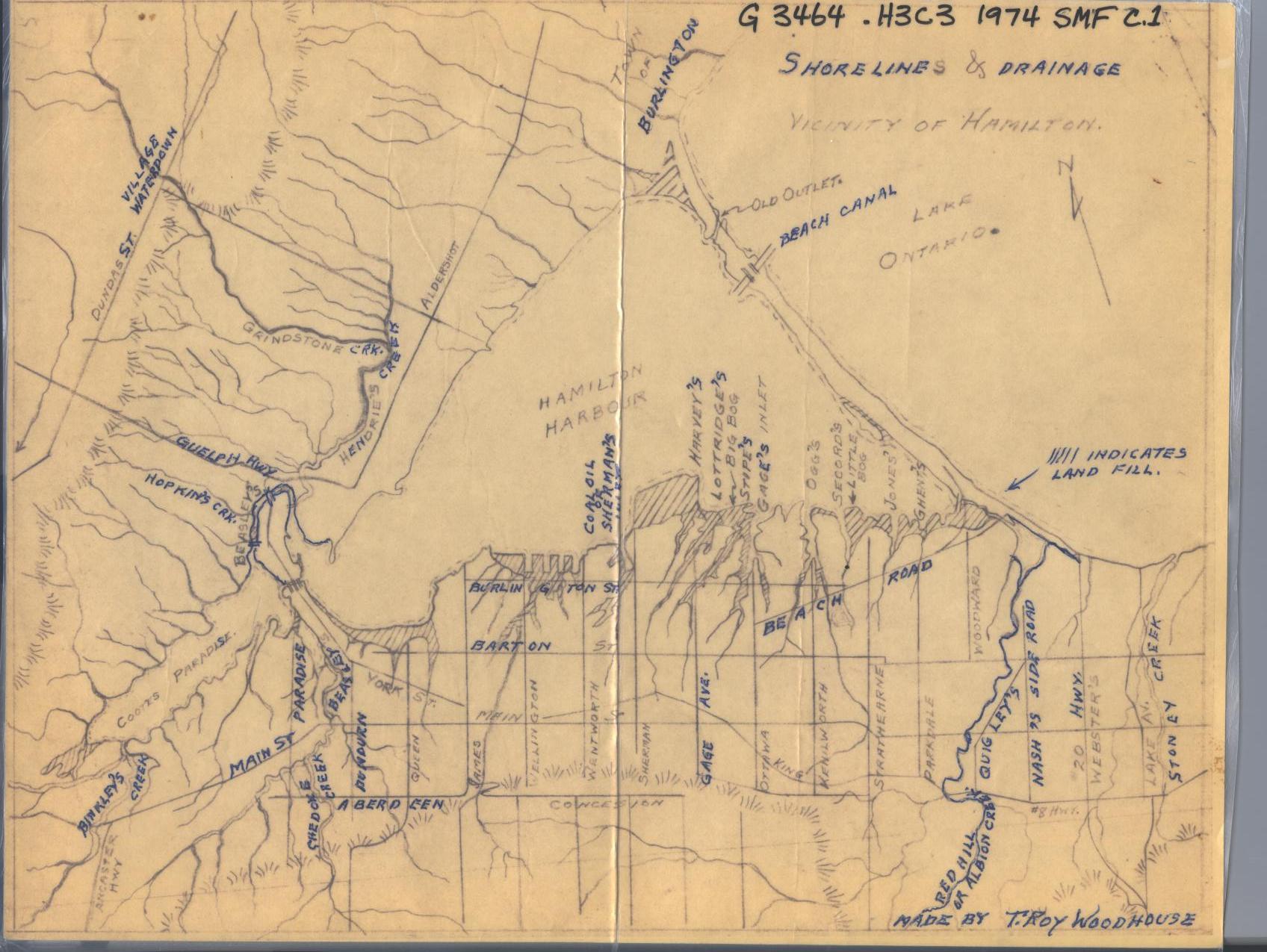