No one hurt, environment ministry notified after blast and plume at ArcelorMittal Dofasco

No one hurt, environment ministry notified after blast and plume at ArcelorMittal Dofasco

Residents living near Hamilton Harbour — and some reporting from much further away — had their Christmas morning interrupted by a blast from ArcelorMittal Dofasco.
At 11:10 a.m., an eruption occurred in a “slag pit” of a blast furnace operated by the steelmaking company, spokesperson Marie Verdun said via email.
“Thankfully, there are no injuries,” Verdun said. “However, the event caused a significant air emission.”
The Spectator received emails from a dozen residents with photos of the orange-shaded plume rising into the sky.
Some said their house shook 20 kilometres away in Stoney Creek. Others sent in photos taken from the Mountain.
Rodney Slagter, who lives on Beach Boulevard, likened the blast to “a series of bombs.
Initially, he thought the sounds came from his kids hitting a ball against the metal garage near the backyard.
“But the house was shaking,” Slagter said. “My wife’s Christmas ornaments were shaking off the windows. It wasn’t just one ‘boom’; it kept happening.”

Verdun said the Ministry of Environment, Conservation and Parks has been notified of the incident.
The Hamilton Fire Department responded to the blast but, working with ArcelorMittal’s on-site fire crew, had secured the scene and left within the hour, Verdun said. 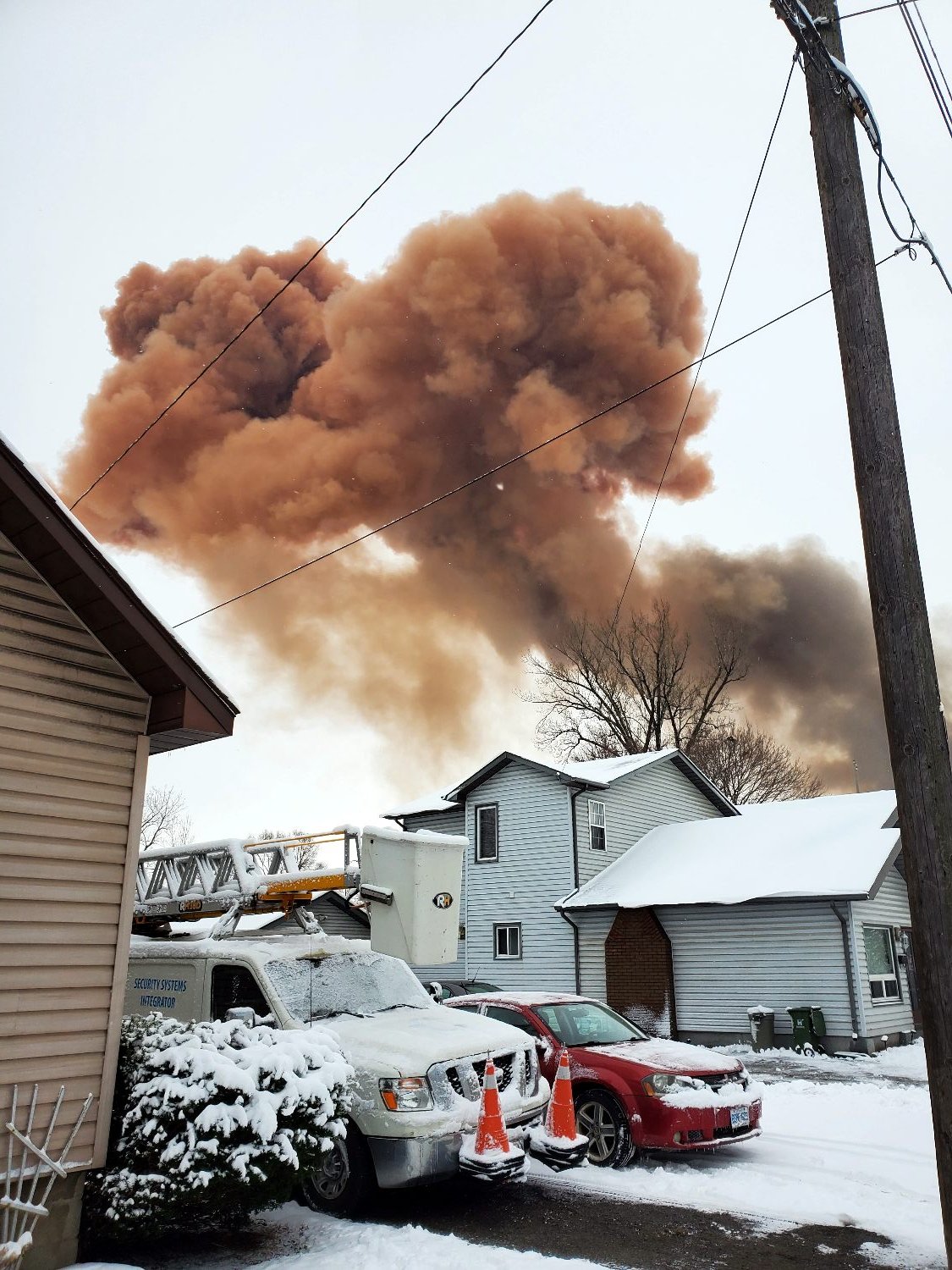