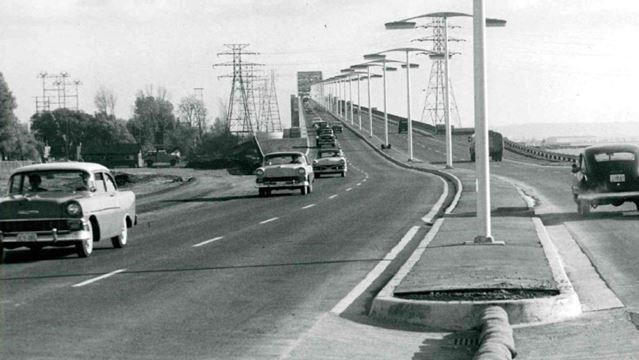 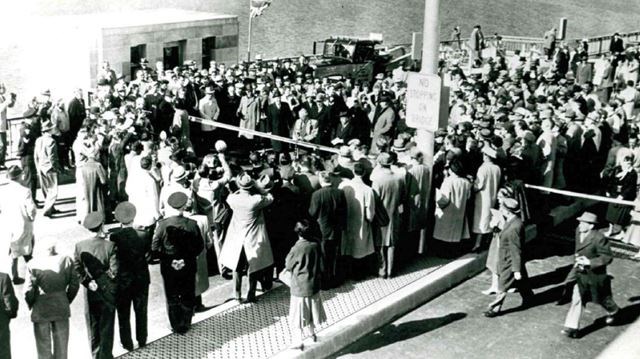 The following appeared in the Hamilton Spectator's 170th anniversary special edition. See more from the project.
* * *
For years, the gridlock worsened along the Beach strip with an inadequate road system and a lift bridge to handle traffic between Toronto and Niagara. But that changed with the official opening of the giant Burlington Bay Skyway in October 1958. It was high enough for ships of virtually any size to pass underneath, and the new bridge was wide enough to handle a great deal of traffic.

The bridge eased traffic congestion for a while, but after 14 years usage had doubled. The structure needed to be twinned to create more capacity. In 1988, the new bridge and a refurbished old one went into service together.
From 1958-73, drivers were expected to pay a toll. That was controversial because trucks would often use the Beach strip to avoid paying, angering residents.
In 1984, the Burlington Bay Skyway was renamed the Burlington Bay James N. Allan Skyway. Allan was minister of highways when construction began on the Skyway in 1954, a project that was touted as the largest ongoing steel construction job in Canada. Another interesting picture from McMaster Library, I cropped it down to save space.
The toll gate are on the left with the employee parking lot to the east, there is an on-ramp to the south and at the very bottom of the picture is Lorne's or Roop's Texaco. Bell Cairn School is across Beach Blvd.
This was taken in the early 1960's.