Oldest Store on the Beach

From the Burlington & Hamilton Beach Review
July 9th, 1926
Thanks to K. Kinrade

The first grocery store ever conducted on Hamilton Beach was operated by the late R. A. Webster. It was situated on the exact location of Jim Smith's store at Station 9, between 25 and 26 years ago. Mr. Webster, a Toronto man, who married a daughter of the late F. N. Corey, and a sister of Mrs. C. R. Kime, who lives at Station 9. Webster first started into a grocery business in Burlington, and after three years built the store at Stop 9, it being the rear now of Jim Smith's store. Mr. Webster conducted this business for about eight years, was taken ill and went to Toronto, where he passed away in the Toronto General Hospital. His widow left for California and rented the business to Miss Eva Thomas, a Stop 10 resident, and this lady ran it for two years. Mrs. Webster, latterly Mrs. Turnbull, returning from the coast. Miss Maud Sherwood, now Mrs. Earl White ran the store for Ed. Laing, of Laing & Sons.

Jack Dale, Miss E. Beckett and Mrs. Adcock also conducted the Stop 9 store. Miss Beckett having purchased the business from Mrs. Webster. Miss Thomas erected a store at Stop 10 on the bayside where the brick dwelling now owned by her stands. She ran it' for years, finally renting it to A. J. Thompson, who came from the town of Creemore where he had operated a hotel business. After a year or so at Stop 10, he purchased the original store at Stop 9 from Miss Beckett, and made extensive alterations, selling out about three years ago to Jim Smith. More alterations were made to the building by Mr. Smith, including an upper apartment. Other stores on the Beach are at Stop 5 bayside, owned by W. Charlesworth, and Mrs. L. Homewood; at Dynes' Station L. Revell, Foley's; Beach Road Crossing, Mrs. E. Lander, Station 10; C. H. Knowles. Before going into his present store on the lakeside, Mr. Knowles rented Miss Thomas' store, after A. J. Thompson vacated, later erecting a new stucco structure which is one of the most substantial on the resort. The store J. P. Long operates was extensively altered by him after he bought it from Stanley Campbell. Mrs. Cummings, 723 Station 9 was the original owner.

This picture shows Norma Drew (a relation to the Corey family) standing in front of the store, now Pemberton's at Station 9 on Southpark Ave. Beside Norma is the Corey home.
Thanks to member Drogo.

The hunting trip is in another thread already posted, but the store is also in the background and is still Pemberton's.
I am going to speculate that the Norma photo is newer as the store has an updated sign and the front has been cleaned up.
Hopefully member Drogo can date these picture for us, I am going to speculate and suggest the Norma picture is from the early 50's.
Thanks to the Young family.

Moving ahead to the early 60's, the store is now Ernie's Lunch owned by the Shewfelt family. 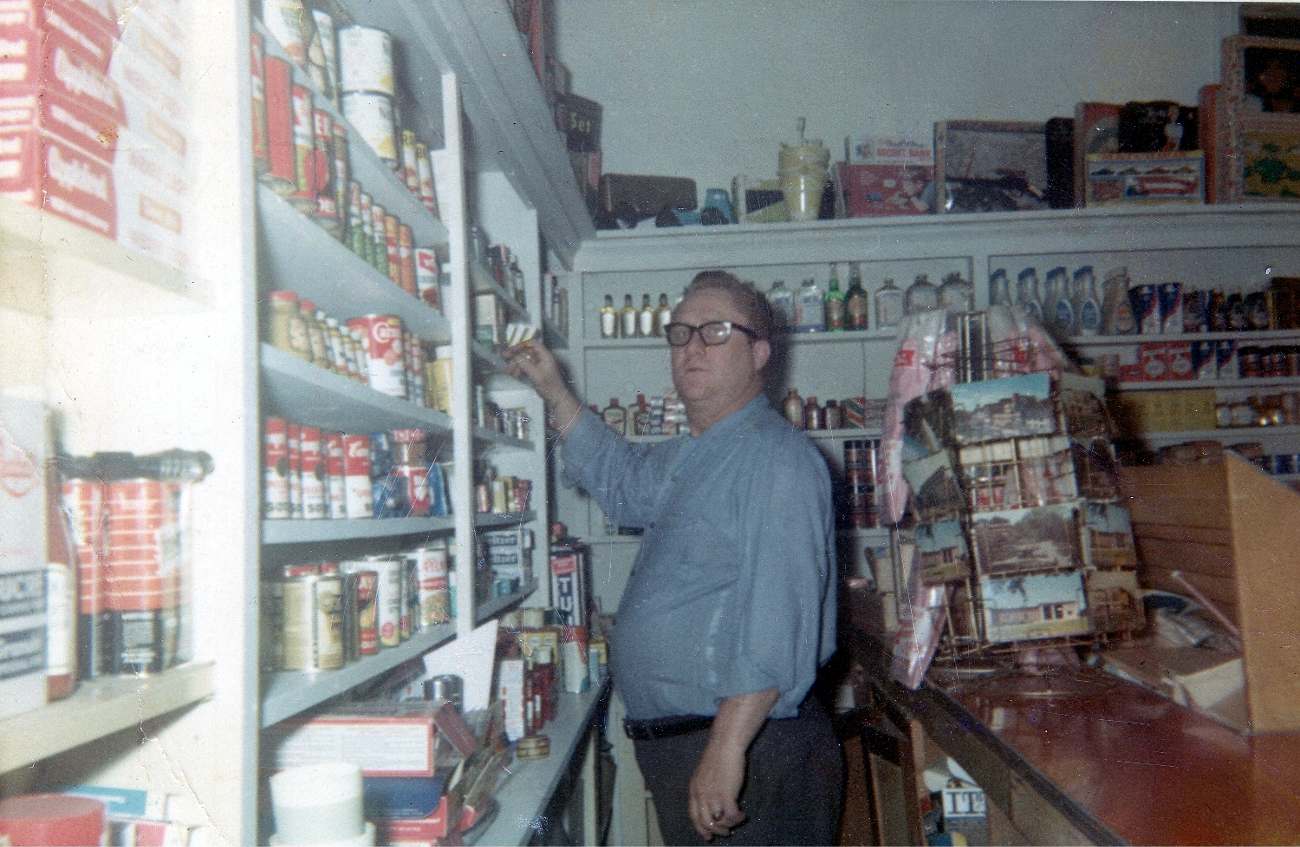