St. Andrews by the Lake windows

This was sent in;

St. Andrews by the lake windows
We're having a Celebration of the St. Andrew's By the Lake Stained Glass Window restoration at St. Matthew's Anglican Church, 126 Plains Road East, Burlington on May 26, 2019. St Andrew's was located on the beach for years and closed in 1992. The windows were moved to St. Matthew's at that time. I hoped you might be able to post this celebration on your forum since your members are involved with the beach and this is a part of the beach history.
It’s part of the 10:30 am service. The service lasts for about an hour and then there is coffee afterwards where people get more opportunities to mingle and learn more about the windows and other artifacts we brought here from St. Andrews.
Thanks for your help.
Jane 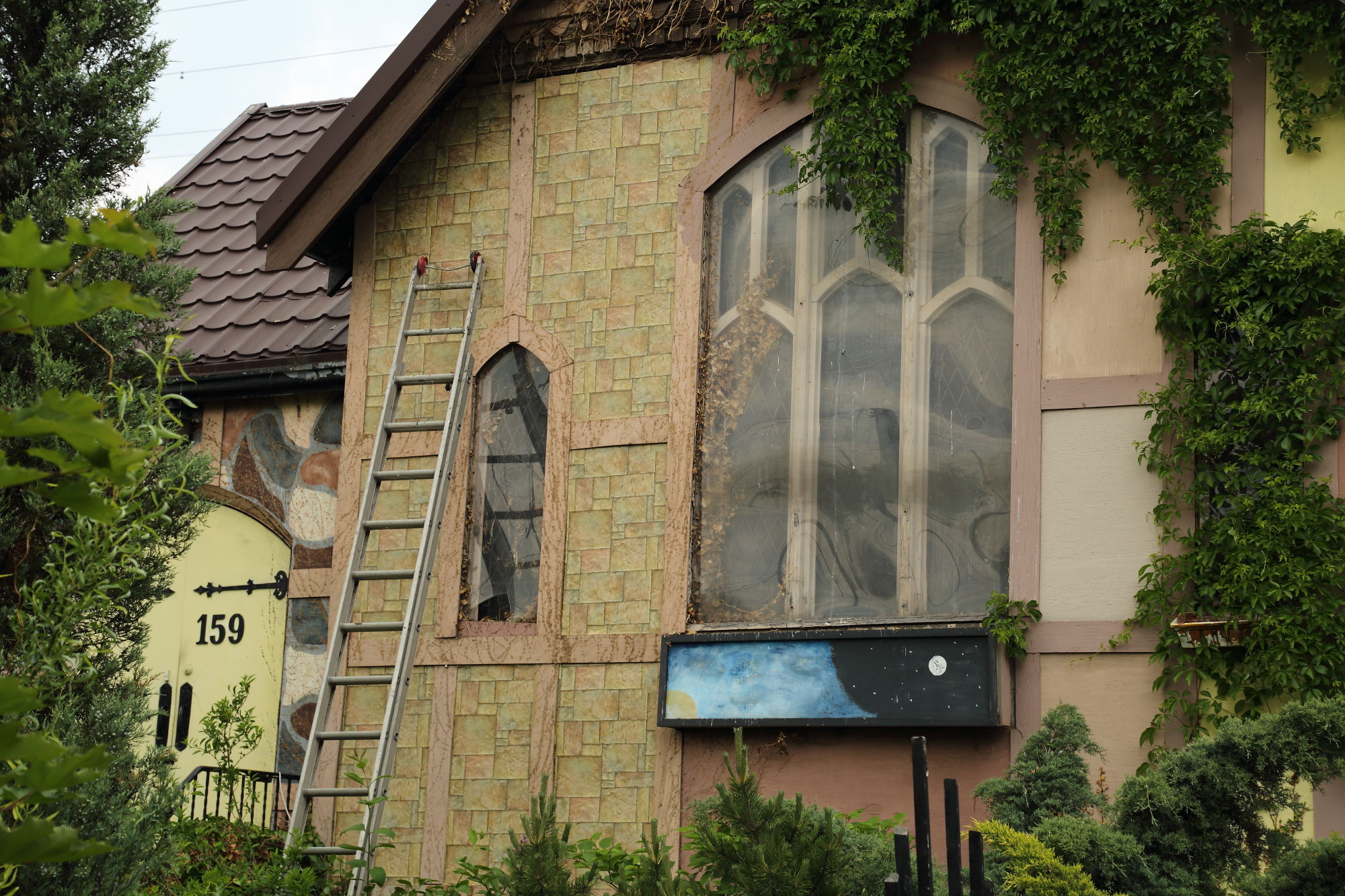 I did stop by and took a few photos of the glass, I have no idea what kind of shape they were in before reconstruction, but they looked to be in perfect shape.

I have put them together as they were when on display the old Beach church.
I missed the Fletcher family when I stopped by, their family were the original donors of the windows back in 1933, notice the inscription at the bottom of each window.
"TO THE GLORY OF GOD AND IN LOVING MEMORY OF ROBERT FLETCHER AND HIS WIFE HELEN, ERECTED BY THEIR FAMILY 1933"
Many thanks to Jane and Jim at the St. Matthew's Anglican Church, 126 Plains Road East, Burlington 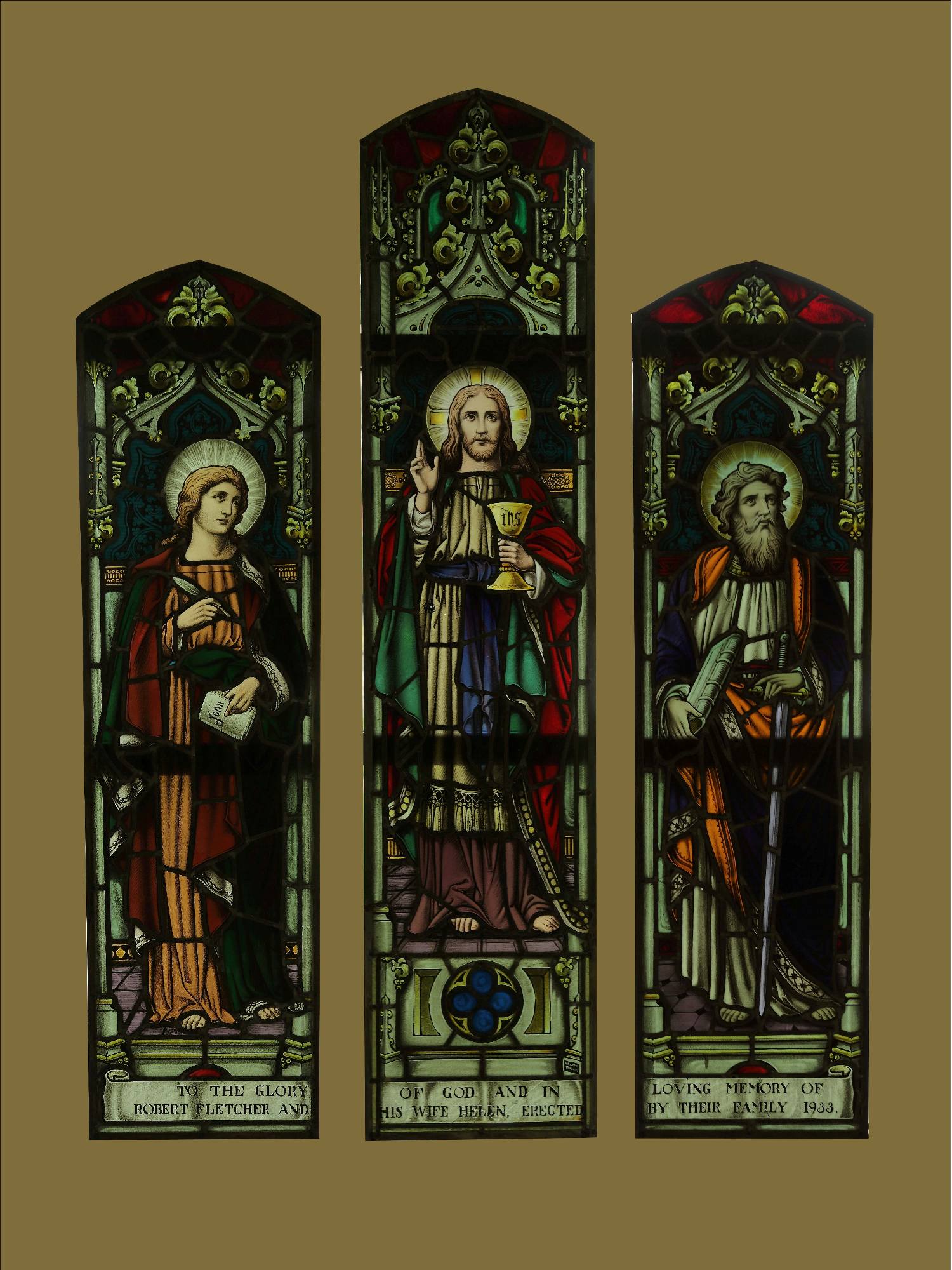 In 1992, when St. Andrew's by-the-Lake, 'Hamilton
closed, a number of artifacts came to St. Matthew's ~
on-the-Plains because of the historical connection
between the two parishes. The three windows we're
celebrating the restoration of today were dedicated in
1933 (the same year St. Matthew's and St. Andrew's
were made a two-point parish) and originally stood
behind the altar at St. Andrew's, The windows were
given in memory of Robert and Helen Fletcher, early
residents of the beach. Today we are fortunate to have
their great grandchildren in attendance at this
celebration. The stained glass work was completed by
Nathaniel Theodore Lyon, who according to the
Northern Art Glass web site, apprenticed with the
Robert McCausland Company of Toronto (the oldest,
stained glass company in North America) in the early
1800s. The NT Lyon studio created stained glass works
of stunning detail for churches, public buildings and fine
homes until 1940. In 2017, after partial restoration, the
windows found a new home in the narthex of St.
Matthew's. The final restoration to the middle window
tookplace in March 2019.

There doesn't seem to be many photos circulating around showing the inside of St. Andrew's, these two are from the 1939 Mitchell wedding, the front shot shows one window but it isn't the three we have in the above post. 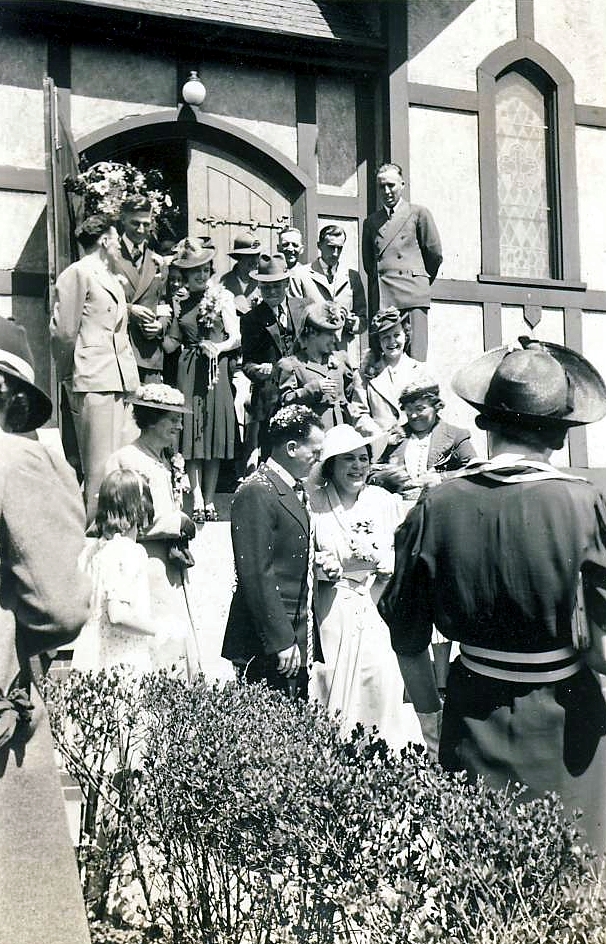 These three would of been located behind the alter at the back of the church, the second photo shows the location but it is of poor quality. 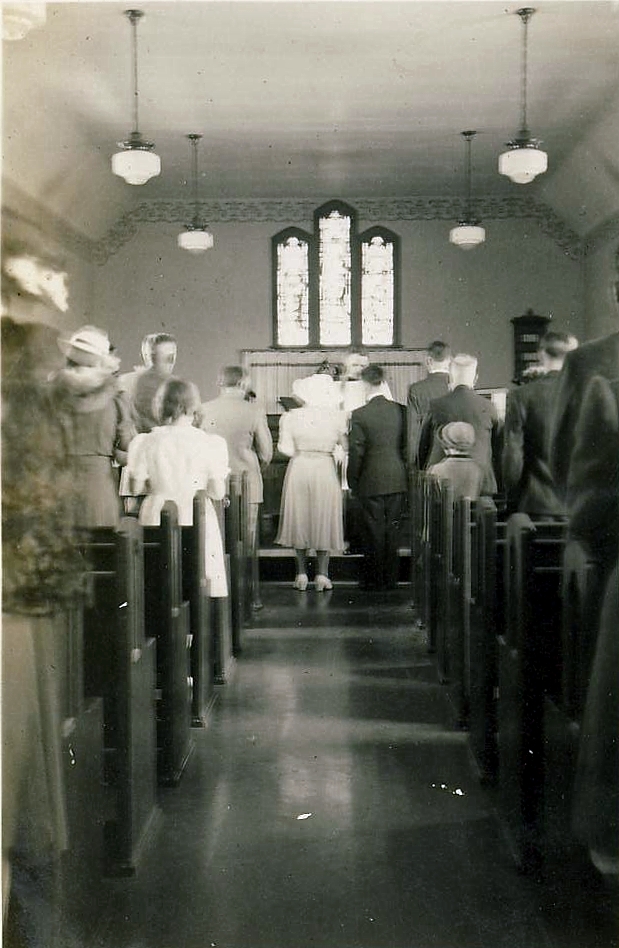