Had this sent to me;

Long time friend to the Beach Bob Steiner passed away Sunday night (Feb 23rd). Born in 1946, he was a CFL football player who played for Hamilton and Edmonton and was part of the part of the 1967 Grey Cup champions Ti-Cats.
He will be remember this coming Saturday at Harry's Pub, 721 Beach Blvd.

It is with great sadness that we announce the passing of our father Bob on Tuesday, February 25, 2020. He died at home peacefully in his sleep. He leaves behind his two sons Rob and Darren; his precious granddaughters Anderson, Kamryn and Peyton; daughter-in-law Kristen and family members Fran and Erwin. He loved them all dearly. There are so many fond memories of Bob and his family, whether it was cottaging in Muskoka or hanging around watching football at home or at the stadium. Bob loved his family and the sport of football that he played professionally for ten years. He lived a full life, had an enormous heart and lived for his family. Visitation at SMITH'S FUNERAL HOME, 1167 Guelph Line (one stoplight north of QEW), BURLINGTON (905-632-3333), on Friday, February 28, 2020 from 6 - 9 p.m. A Funeral Service will be held at New Apostolic Church, 4209 Palladium Way, Burlington on Saturday February 29 at 11 a.m. followed by light snacks and refreshments to honour Bob and share fond memories. As an expression of sympathy, donations made to New Apostolic Church would be greatly appreciated. www.smithsfh.com 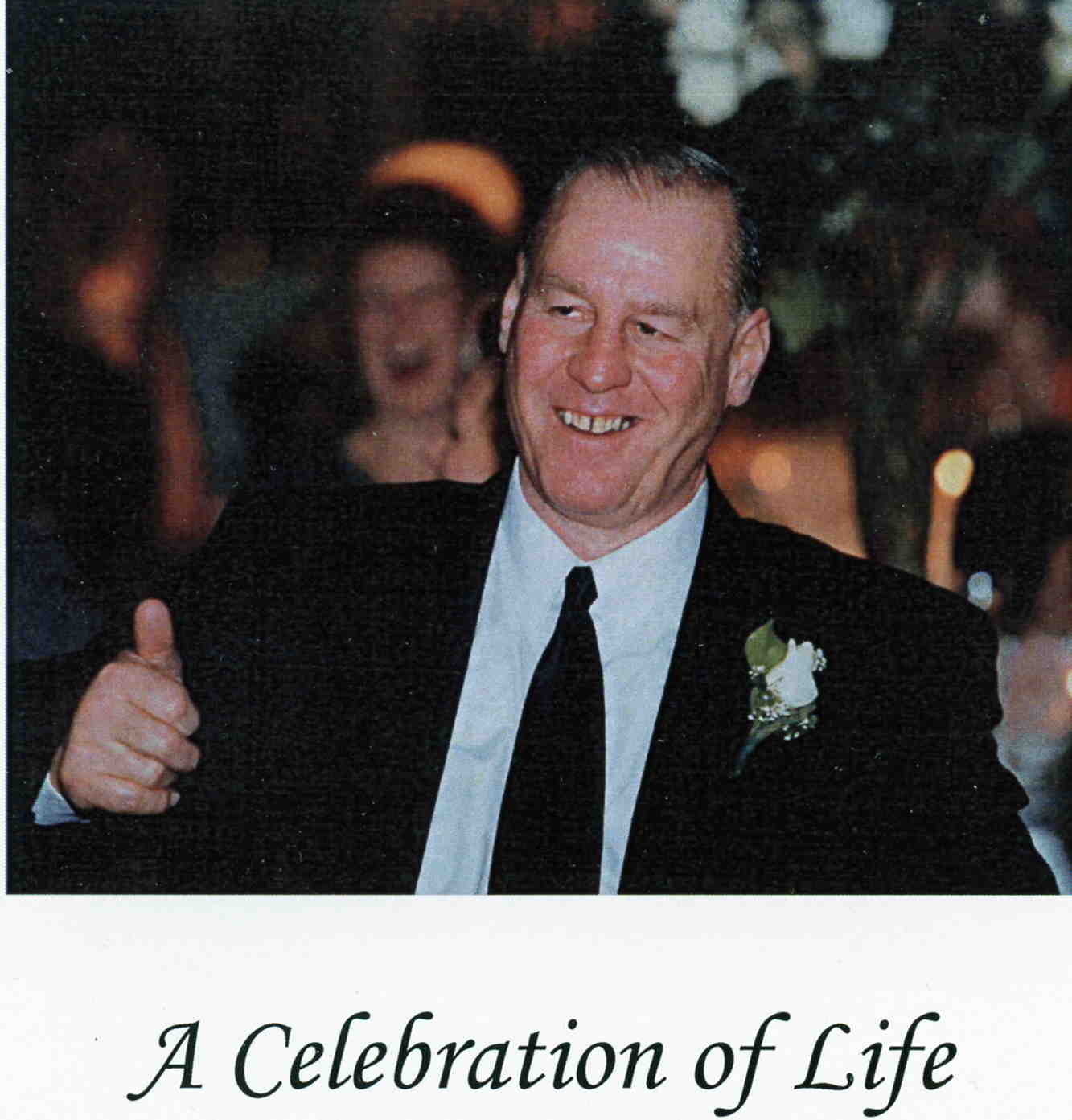 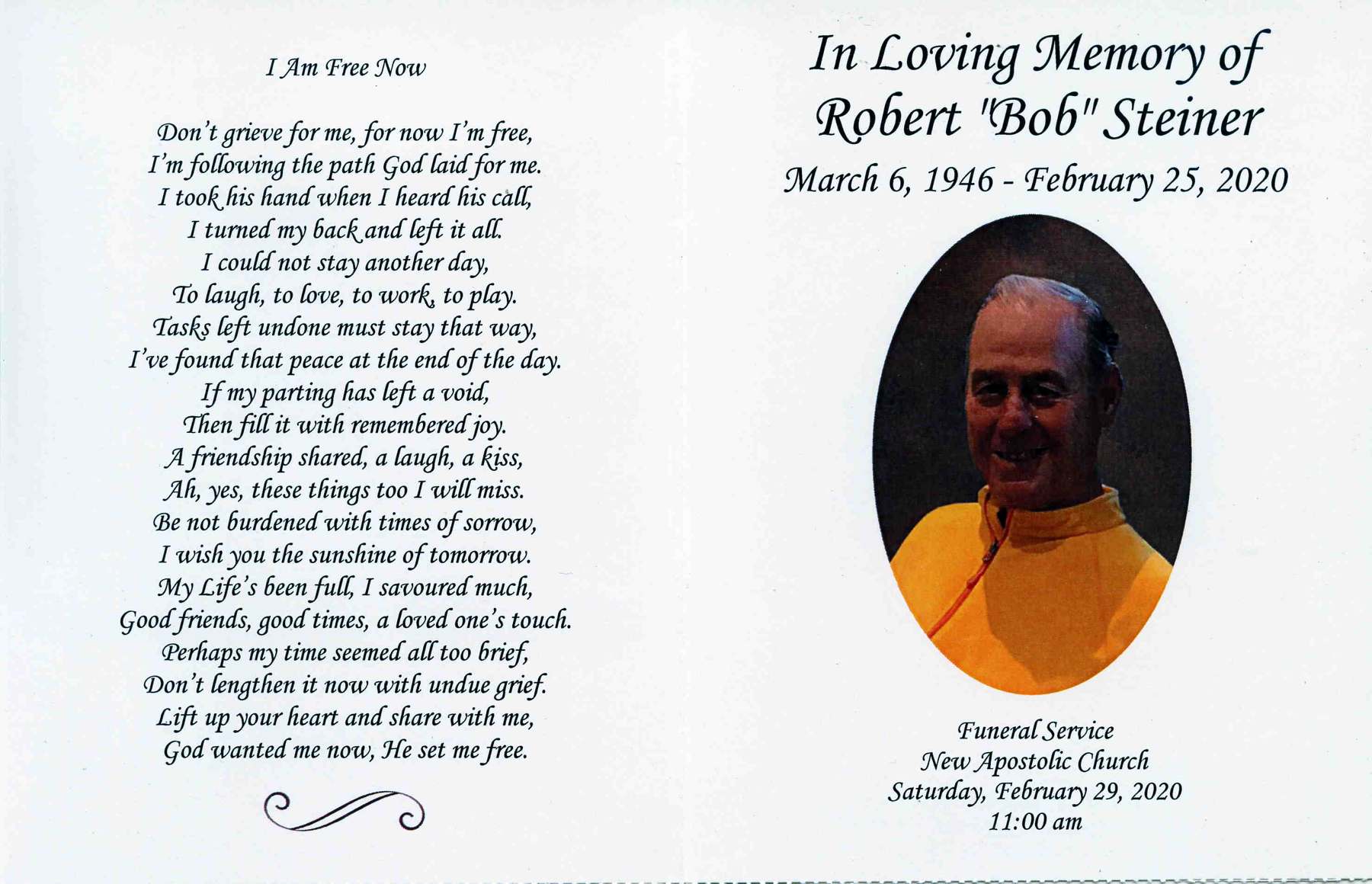 Steiner At Crossroads Of His Career

When he puts it all together he should be a valuable addition to the Tiger-Cat defensive unit.

FOR THE second successive year Steiner, 23, has helped solve Hamilton defensive deficiencies by replacing John Barrow at tackle, freeing the lineman-of-the-century for his linebacking role. 'Last year I played against Ottawa, Toronto and

Saskatchewan,” related Steiner. "They were all key games against strong clubs and the fact that I played regularly helped give me the confidence that I could play position.

That experience last year really helped me when I went in this year," continued Steiner, who is quick to acknowledge the huddle help of veterans like Angelo Mosca and John Barrow.

In the long run, Steiner looms as a replacement for one of the two when they eventually retire for the last time.

"WE HAD a lot of blitzes in the Saskatchewan game so Angie would remind me who to key on or what my specific responsibility was," said Steiner, a salesman at Mohawk Ford.

He is particularly enchanted by being associated with Barrow.

"The whole key to our defense is Barrow," said Steiner. "Everybody on the defense has so much respect for him. If you make a mistake you feel that you've hurt Barrow. I really respect him — he's a winner.

"You know, I was kidding Barrow when we went on the field recently about running down under punts while is came in fresh from the bench. He smiled and said, 'When I was your age I was going 60 minutes.''

A '60-minute attitude' is what coach Joe Restic would like to instill in Steiner whom he fells is at the crossroads of his career.

"YOU GIVE him work and hope that he comes along," said Restic. "How much work and how much success he has depends on him. He's got to dedicate himself to being a good football player.

"He’s getting experience now and that's what he needs. But he has to work on his weak areas. For instance he gets tied up by one block - he's got to be able to beat that first man. And he's not following up — those linemen must pursue.

"The question for the coaching staff is can we afford to go along with the current lineup or not?"

The variables are the current alignment or the return of Barrow to tackle (which Barrow would prefer) and the insertion of John Michaluk or another non-import linebacker.

THE WEAKNESSES that Restic referred to started to show against Saskatchewan. After feasting on Ray Lychak and Pierre Desjardins against the Alouettes Steiner was confronted with Ted Urness, John Atamian and Al Benecick.

"Boy, that Benecick really hits you," says Steiner. "He comes in low most of the time."

As an honorable member of the Tiger-Cat specialty teams for the third .straight year Steiner is looking forward to a regular diet of regular play.

"It's a matter of pride . . . your whole attitude changes," he says. "Anybody can be on the specialty teams. As a regular you've got all the responsibility. For instance you watch film a lot more, particularly your specific opponent to become familiar with his moves."

On several teams in Canadian football Steiner would be a regular, regular, rather than a fill-in one.

But here he merely has to dislodge Mosca or Barrow.