KEMP, Jack Ewart October 24, 1921 - May 24, 2019 Surrounded by the love of his family, our father Jack died peacefully on May 24, 2019. Jack was predeceased by his beloved wife of 57 years RoseMarie (nee Crofton) in 2000. He was also predeceased by his parents James and Lottie (Bowker) Kemp, son John "Jack" Kemp, sons-in-law Bernard Muise, Karl Kinanen, and Norman Westbury, granddaughters Suzanne Kemp Henderson and Rose-Marie Westbury, great-grandson Kalvin May, and siblings Thelma McKenzie, James Kemp, Verna Kemp, Merle Swan, Stanley "Bud" Kemp, Lorne Kemp, and David Kemp. Filled with gratitude for the many years of love Dad has given us, his death is mourned by his children and their spouses Patricia Muise, Helen and Ron Crooker, Josie Kemp, Rose Mary Westbury, Beatrice Kemp, Barbara and John Sharpe, Nancy and Brian May, Tom and Teresa Kemp, and Mark and Kay Kemp. He is remembered with love by 26 grandchildren and their spouses, 35 great-grandchildren, three great-great-grandchildren, and siblings Ron (Mary) Kemp and Fern McAndrew, along with many nieces, nephews, and numerous friends. A veteran of WWII, Jack was a successful General Contractor who co-owned James Kemp Construction, building many of Hamilton's iconic structures and factories over his fifty plus year career. He will be remembered as a gracious, kind, and generous man who loved his family and who lived life simply but fully. Visitation will be held at SMITH'S FUNERAL HOME, 485 Brant Street (one block North of City Hall), BURLINGTON (905-632-3333) on Wednesday, May 29th from 7:00 - 9:00 p.m. and Thursday, May 30th from 3:00 - 5:00 and 7:00 - 9:00 p.m. Funeral Mass will be celebrated at St. John the Baptist Church, Brant Street at Blairholm, Burlington on Friday, May 31 at 11:00 a.m. Burial to follow at Holy Sepulchre Cemetery. Donations in Jack's memory to the charity of your choice would be appreciated by the family. 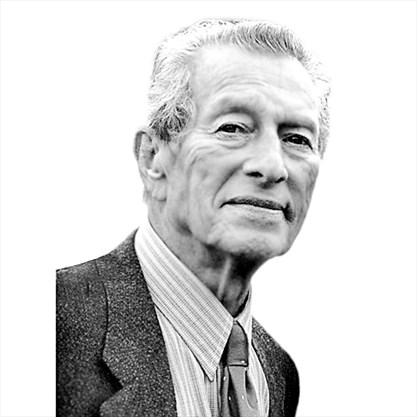 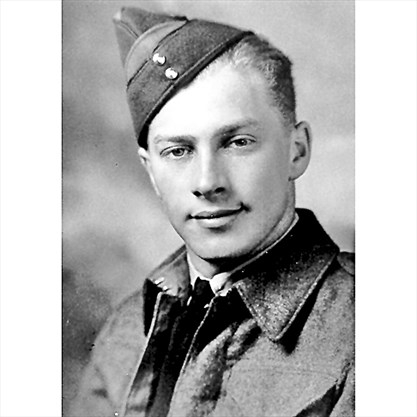 
Obituary: Builder Jack Kemp was a big family man ‘who could make friends with anyone’
Kemp family construction business has constructed notable buildings all over Hamilton and Ontario since 1937.
June 10th, 2019 by Daniel Nolan The Hamilton Spectator 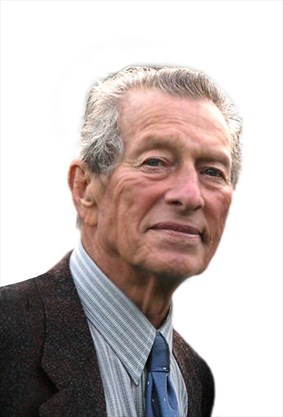 A 2018 photo of Jack Kemp, who died at age 97 on May 24. He was one of six brothers associated with the family business, James Kemp Construction, that was founded by their father in 1937. He and brother Ron eventually became co-owners of the firm that has constructed buildings in Hamilton and all over Ontario. - Courtesy of the Kemp family 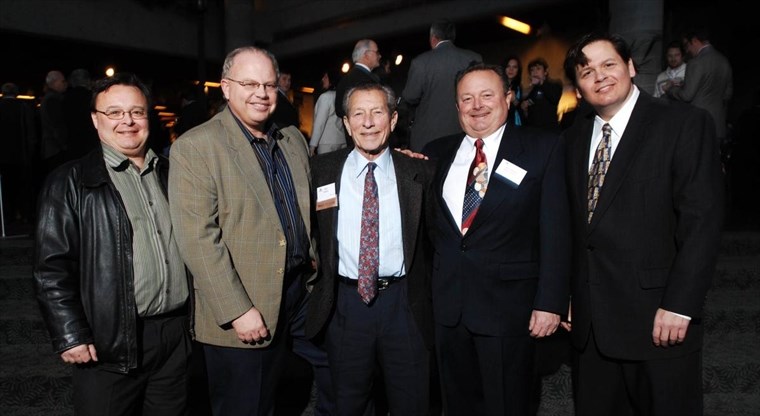 The Kemp family, left to right, Doug, Tom, Jack, Ron and John, in 2008 when the six Kemp brothers were inducted into the Hamilton-Halton Construction Hall of Fame. Tom is Jack’s son and Doug, Ron and John are the sons of Jack’s brother and partner Ron Sr. - Ron Albertson , The Hamilton Spectator 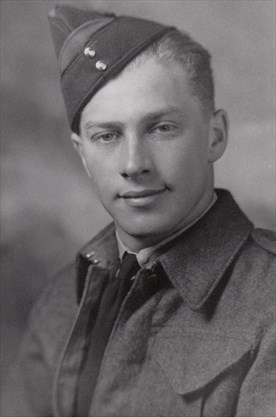 Jack Kemp served in the King’s Own Rifles during the Second World War, between 1942 and 1946. This photo was taken in 1943. - Courtesy of the Kemp family 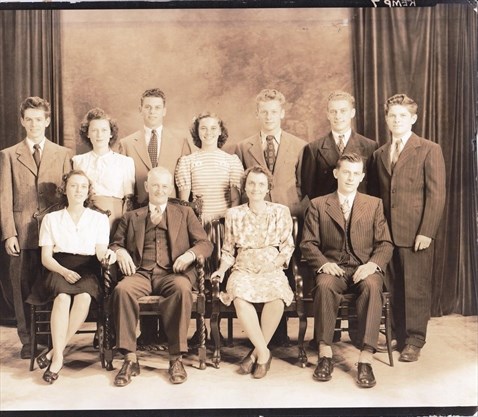 James and Lottie Kemp with their nine children in 1942. Front row, from left: Thelma, James Kemp, Lottie and Jim. Back row, from left: Ron, Merle, Stanley (Bud), Fern, Lorne, Jack and Dave. - Courtesy of the Kemp family
4 / 4
Jack Kemp was not only known as a builder of structures, he was also a builder of family ties and friendships.
One of six brothers associated with the family business, James Kemp Construction, and eventually a co-owner, he loved to tell stories from the early days of the business — which his dad founded in 1937.
The company, one of the leading construction companies in Hamilton, has constructed notable buildings all over Hamilton and Ontario since then.
His family — he had nine children — were so fond of his stories that they published a book of his life as a keepsake in 2005 called "Jack, A good family man."
Kemp — who died at age 97 on May 24 — told of working at his father's side with his brother Jim in the late 1930s.
It was the time of the Depression and business often meant just doing repairs and alterations that were called simply "jobbing."
Jack attended Adelaide Hoodless Public School and the Hamilton Technical Institute. He started working for his father after he finished high school.
He was a jack of all trades, pouring concrete, repairing roofs and doing pick and shovel work. His salary was $10 a week.
"It didn't matter if I worked 50 or 60 hours, you still got $10," Kemp told The Spectator in 2008.
"I'd start at 7:30 in the morning and go to five o'clock, and work Saturday half a day."
"When work was very slow around 1938, my brother Jim and I used to buy 45-gallon drums of roofing cement and go around and patch roofs. We would brush this liquid pitch on flat roofs to try to make money."

Daughter Beatrice Kemp of Dundas said her dad was a hard worker and devoted family man who, until his death, was still preparing meals at his Beach Strip home for his large brood, serving up pork roast or his famous homemade chili.

"Dad had a marvellous memory, remembering dates and the names of many people he came to know through the years," she said. "He seemed to befriend everyone he met and took a genuine interest in people."

Daughter Patricia Muise said her father was "a very caring, generous person" who was "very much a people person."

"He could make friends with anyone," she said. "We will miss him."

Jack Kemp was one of nine children born to James and Lottie Kemp. His father was a bricklayer and his grandfather had been a painter.

His father's business grew so much during its first years of operation that in 1941 his father bought the site of a former horse stable at Vansitmart Avenue in Hamilton's industrial core. That headquarters is still there today.

Jack Kemp served in the Canadian Army between 1943 and 1946. He was in the King's Own Rifles of Canada and landed in the army post office when he arrived in England in April 1945, a few weeks before the Second World War ended.

James Kemp retired in 1953 and gave each son — James, Jack, Ron, Stanley (Bud), Lorne and Dave — an equal share of the business. Sadly, he died the next year.

Jack Kemp oversaw purchasing for the firm and looked after work at Stelco. Kemp and his brother Ron became co-owners after three of their brothers struck out on their own and one passed away.

Jack Kemp retired in 1995 and the business is now headed by his son Tom. In the year 2000, James Kemp Construction employed 130 employees and hundreds of subcontractors.

Outside Hamilton, its projects included the Burlington Arts Centre, the Belleville library, barracks at the Barriefield Military Camp in Kingston, and federal buildings in Kingston and Cobourg.

Jack Kemp told The Spectator that business started picking up for the company when it won the contract to build a knitting mill for Mohawk Mills on Kenilworth Avenue North (in 1939). The property is now part of ArcelorMittal Dofasco.

He and his brothers were inducted into the HHCA Hall of Fame in 2008, six years after their father received the honour posthumously.